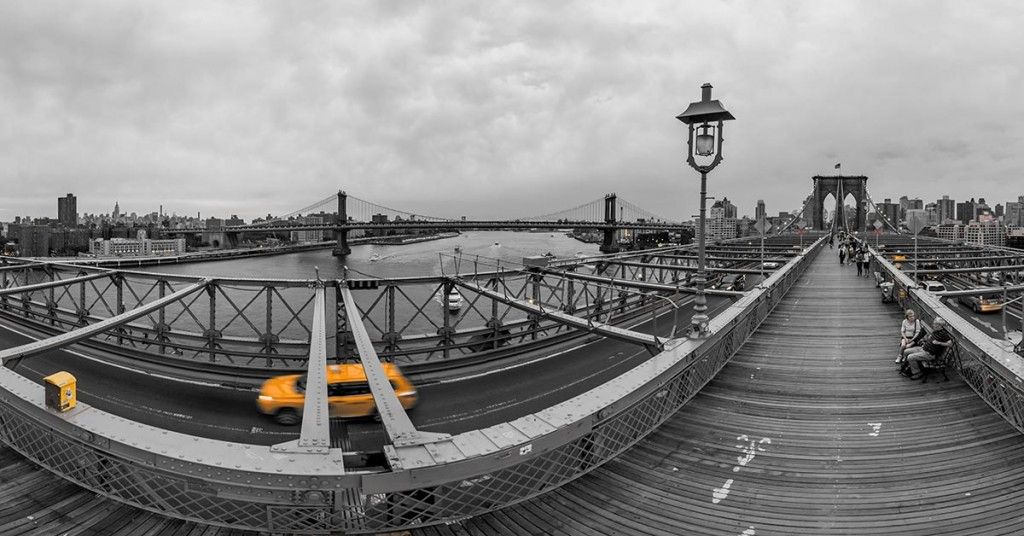 The Brooklyn Bridge is a hybrid cable-stayed/suspension bridge in New York City and is one of the oldest bridges of either type in the United States. Completed in 1883, it connects the boroughs of Manhattan and Brooklyn by spanning the East River.
It has a main span of 1,595.5 feet (486.3 m), and was the first steel-wire suspension bridge constructed.