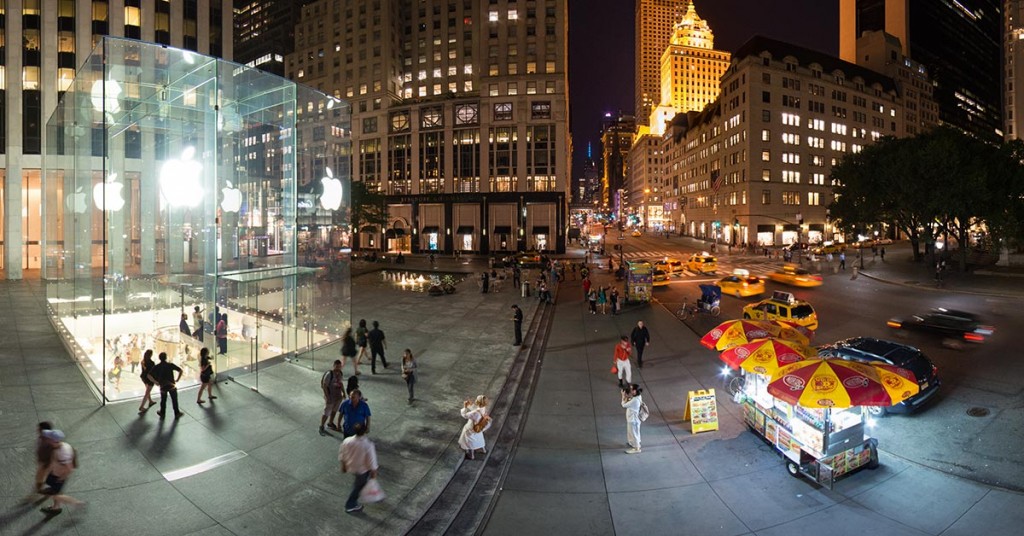 Though it has been open for less than a decade, the Apple store under the glass cube at the base GM building is already one of the best-known and most successful retail sites in the world.

The entrance cube to Apple’s underground store on Fifth Avenue represents probably the purest form of transparent architecture.
First, the cube is empty, avoiding the challenge of transparency simply revealing the clutter within, as for example at Dominique Perrault’s Hôtel Industriel in Paris. This emptiness is shared with I.M. Pei’s Pyramid at the Louvre: both are grand entry canopies over a spiral staircase into a subterranean plaza. Yet the reality is that the Louvre pyramid is strongly visible in its courtyard, both becasuse of its contrast with the surrounding buildings, and because of its black metal structural frame. The 32-foot cube at the Apple Store is made from structural glass, with no metal framing; and its rectilinear profile blends in with the General Motors skyscraper behind it.

It has been designed by Bohlin Cywinski Jackson and built in 2006.