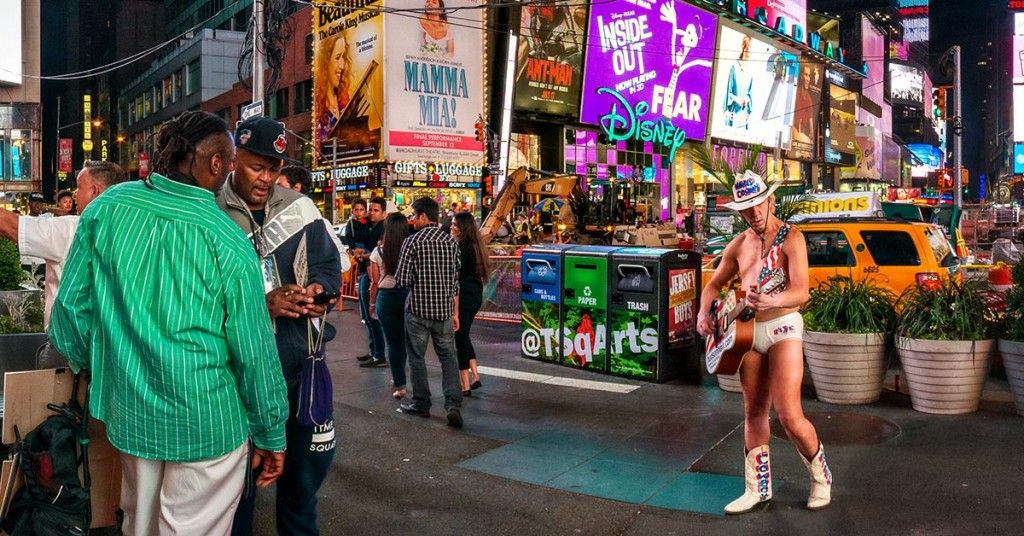 He wears only cowboy boots, a hat and underpants, with a strategically placed guitar to give the illusion that he is naked. Over the years , it has become a local tourist attraction posing for tourists and appearing in several TV brackets.

Trying to take advantage of his fame , he declared himself a candidate for the US presidential election of 2012 after attempting election as mayor of New York in 2009. It has franchised its name and others have joined the Naked Cowboy .