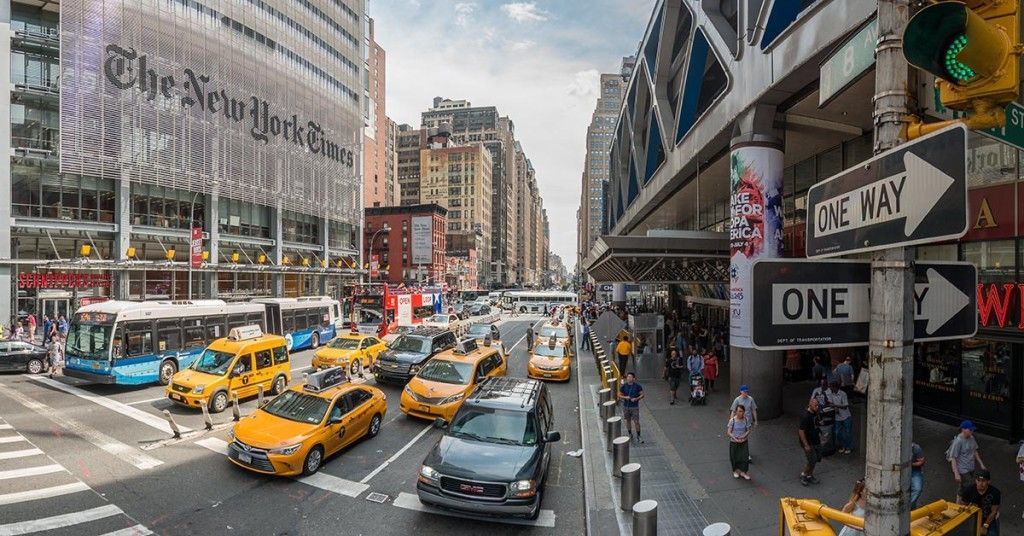 The New York Times Building is a skyscraper on the west side of midtown Manhattan, New York City that was completed in 2007.

The New York Times (NYT) is an American daily newspaper, founded and continuously published in New York City since September 18, 1851.

It has won 117 Pulitzer Prizes, more than any other news organization.