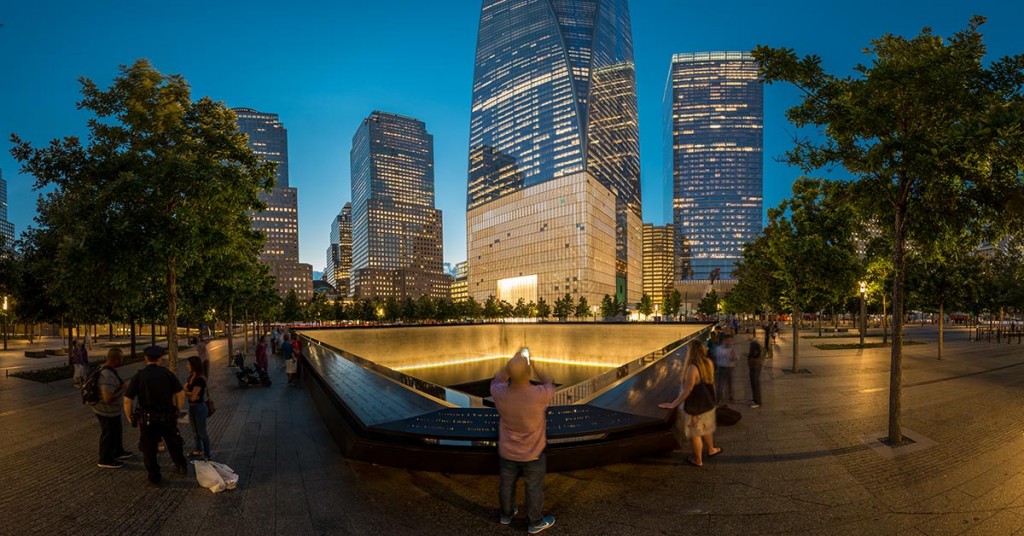 The National September 11 Memorial, known as the 9/11 Memorial is the principal memorial commemorating the September 11 attacks of 2001 (which killed 2,507 civilians, 72 law enforcement officers, 343 firefighters, and 55 military personnel).

The memorial is located at the World Trade Center site, the former location of the Twin Towers, which were destroyed during the September 11 attacks.

A memorial was planned in the immediate aftermath of the attacks and destruction of the World Trade Center for the victims including those involved in rescue operations. The winner of the World Trade Center Site Memorial Competition was Israeli architect Michael Arad of Handel Architects, a New York- and San Francisco-based firm. Arad worked with landscape-architecture firm Peter Walker and Partners on the design, a forest of trees with two square pools in the center where the Twin Towers stood.